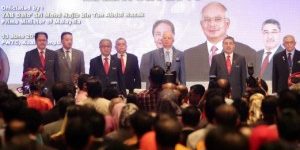 KUALA LUMPUR: Prime Minister Datuk Seri Najib Razak said he is glad the efforts to promote growth in the franchise area is being recognised internationally with Malaysia being known as most franchise friendly government.

“For instance the Japanese organisation, Franchise Meets, concluded in its recent Asia Report that Malaysia has Asia’s – and probably the world’s – most franchise friendly government,” he said in his keynote address during the opening ceremony of Franchise International Malaysia 2015 today.

Najib also visited the exhibition which had more than 85 local and international franchise companies including from the USA, Australia, Singapore, the Phillipines, Korea, Taiwan participating the event which ends tomorrow at the Putra World Trade Centre.

The event was organised by the Domestic Trade, Co-operatives and Consumerism Ministry.

Najib added under the 2015 Budget, he had announced that RM20 million would be allocated to further enhance the franchise industry.

He said the Franchise Export Programme aimed to multiply the number of Malaysian franchise brands and outlets abroad, starting with 40 a year.

“I hope the eligible franchisors and especially the Bumiputra will make the most of this opportunity to further expand their businesses,” he said. 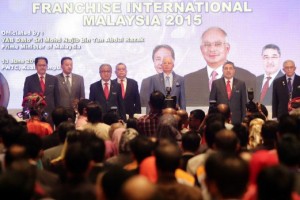