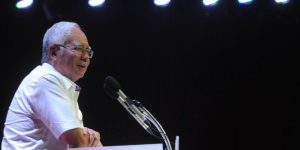 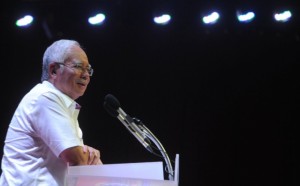 Datuk Seri Najib Razak says Malaysia’s franchise industry was part of the 11th Malaysia Plan to propel the country to reach its targeted developed nation status within the next five years. ― File pic

Najib who is also finance minister said the industry that emphasises “innovation and productivity” was part of the 11th Malaysia Plan (11MP) to propel the country to reach its targeted developed nation status within the next five years.

“We want to see the sector move from being one that is labour-intensive and highly dependent on cheap foreign labour, to one that thrives on innovation and creates high paying jobs.

“These are core thrusts of the 11th Malaysia Plan that I tabled in Parliament last month and these two elements, innovation and productivity, can clearly be seen in every franchise system,” he said at the launch of the Franchise International Malaysia here.

He said Malaysia currently has 80 micro franchise businesses locally, with another 40 franchises expected to pop up abroad on a yearly basis.

Najib also said that the RM20 million allocated in the 2015 budget for the franchise industry has created the Franchise Export Programme, which aims to boost the presence of the country’s franchises abroad.

The 11MP lays the roadmap for the country to reach first world nationhood by 2020 but analysts have voiced reservations on the ambitious plan.

The prime minister also witnessed the exchanges of several memoranda of understanding between Malaysian businesses and companies from Singapore, Indonesia, Thailand, Australia, South Korea and Botswana in a move to trade technology and services.