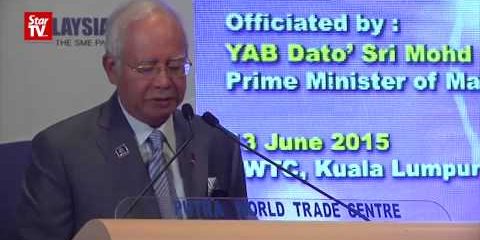 Najib said the programme, under the Domestic Trade, Co-operatives and Consumerism Minstry, is starting with 40 companies annually.

“I hope eligible franchisors – especially bumiputras, whose participation in the industry we are keen to increase considerably – will make the most of this opportunity to expand their business,” he said at the Franchise International Malaysia (FIM) 2015 on Saturday.

In Budget 2015, Najib announced RM20mil would be allocated to enhance the franchise industry.

Najib said there was now a National Franchise Development Action Plan which targets to create 50,000 new jobs by 2020.

To do so, he said the industry needs to move forward from traditional sectors like food and beverages to more promising ones such as medical tourism and green or syariah-compliant products and services.

Najib said the country’s efforts to promote the growth of the franchise industry had not gone unrecognised.

He pointed out that Japanese organisation, Franchise Meets, had concluded in its recent Asia Report that Malaysia had Asia’s – and probably the world’s – most franchise friendly government.

During the event, Najib witnessed the exchanges of memoranda of understanding between Malaysian companies and those from Singapore, Indonesia, Thailand, Australia and Botswana.