Is now a good time to invest in a franchise?

You are here:
Franchise Articles 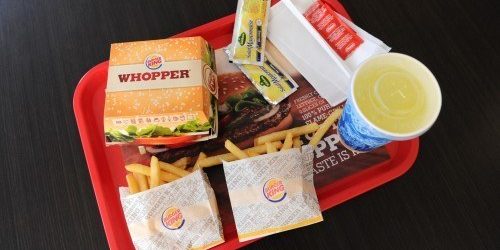 Franchising is arguably the easiest path to becoming an entrepreneur. By having an already established brands and a franchisors’ support network, one can almost eliminate the chance of failure by becoming a franchisee.

According to a recent Franchise Association of South Africa (Fasa) survey, franchisees have a business success rate of 90%. This is in stark contrast to the 90% failure rate of small businesses within their first two years, according to Statistics South Africa. Nevertheless, given the economic slowdown, and consumers finding themselves increasingly under the pressure of mounting expenses, the decision to buy into a franchise is not exactly what one would call ‘a no-brainer’.

Speaking to Moneyweb at the International Franchise Expo, held at the Sandton Convention Centre on Friday, Absa Bank franchise development manager Henk Botha said there was no straightforward answer to the question of whether now is a good time to start a franchise business. He said he’d seen many people succeed and just as many that have failed to cope within a tough environment, explaining that it depends on the amount of effort that one is willing to put in.

“The question should be asked to the one that wants to do it,” said Botha. “For someone that realises, yes, franchising is a proven concept and there is lower risk involved, but it is still hard work, then the time is right. Because you still need to be creative in your business and grind in it.”

Said Botha: “If you’re going to look at it as a failure-proof concept, or you want to supplement you income with a side project, then you don’t want to invest now. When times are good and consumers have money to spend, then it may be okay to adopt that attitude. Right now, you have to find ways of making people come into your store. You can’t just expect them to bring themselves. And that takes a lot of time and effort”.

“If franchisees take cognisance of the fact that they are in for a rough ride, then they can take advantage of the opportunities that a crisis can present,” he said.

Consumers don’t think it is a train smash

Money is tight for consumers, even more so with the raft of increases that have come in April. But, according to Barclays Africa economist Peter Worthington, consumers still feel better about their own financial futures than one would expect in the current circumstances.

He said, according to data from the national credit regulator, leading up to the last quarter of 2015, there had been a decline in credit rejections even though credit standards were higher. Even in terms arrears, consumers did not appear to be struggling as much

“That is telling us that we’re probably getting better applications for credit from consumers to the various credit suppliers. Overdue arrears are running at somewhere around 20%-30% of the book… but it’s not increasing,” said Worthington.