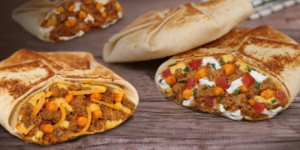 It looks like Five Guys isn’t the only American food-food chain that’s coming to Malaysia. Taco Bell, a fast-food restaurant that’s known for its tacos, burritos and quesadillas will be opening its first restaurant in Malaysia very soon.

As discovered by KL Foodie, the first outlet appears to be at Tropicana Gardens Mall which is located right across Sunway Giza at Kota Damansara. The mall is also connected to Surian MRT station.

So far there’s no mention of its opening date and it isn’t clear who’s the franchise holder for Taco Bell in Malaysia. Taco Bell is a brand under Yum! Brands which owns KFC and Pizzahut. At the moment, Malaysia’s QSR Brands has the right to establish and operate KFC restaurants in Malaysia, Singapore, Cambodia and Brunei, as well as Pizza Hut in Malaysia and Singapore.

It was reported last year that Taco Bell is eyeing the Asia Pacific market for its global expansion. Taco Bell was previously available in Singapore but they had exited the market in 2009. At the moment, there are 7sevenTaco Bell outlets in the Philippines and six outlets in Thailand.

In December last year, the brand was reported to be looking at several new Southeast Asian markets with plans to open stores in Malaysia and Indonesia in 2020. Siam Taco, the franchise holder for Thailand is also looking at expanding the brand in Cambodia, Laos, Myanmar and Vietnam.

Taco Bell was supposed to enter Indonesia in April but there’s still no sign of a store opening. PT Fast Food Indonesia which operates KFC in Indonesia is the franchise holder for Taco Bell in the country. It was reported that it aims to open five stores in Jakarta within the first year. — SoyaCincau 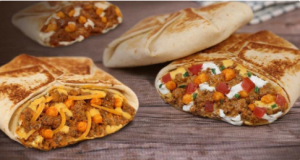