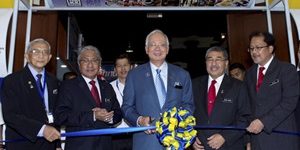 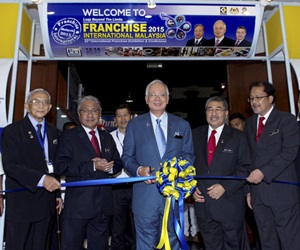 He said these financing schemes would assist budding entrepreneurs to receive the help and encouragement they needed.

“The Malaysian franchise industry has taken a great leap forward since the government introduced the National Franchise Development Blueprint in 2012,” he said in his address at the opening of the Franchise International Malaysia (FIM) 2015 exhibition and conference here, Saturday.

The blueprint entails the direction for the franchise industry including enhancing the local franchises’ competitiveness and transforming Malaysian businesses through franchising.

Najib said now the nation has the National Franchise Development Action Plan (2016-2020), which has the potential to create a total of 50,000 new jobs within that period.

He said he was delighted that the country’s effort to promote growth in these areas have been recognised.

He cited an organisation representing Japanese franchises called “Franchise Meets” had in its Asia Report concluded that: “Malaysia has Asia’s – and probably the world’s – most franchise friendly government”.

In the 2015 Budget, some RM20 million has been allocated to further enhance the franchise industry with the Domestic Trade, Cooperatives and Consumerism Ministry having formulated a Franchise Export Programme which aims to multiply the number of Malaysian franchise brands and outlets abroad.