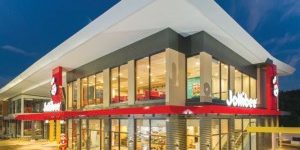 Local fast-food giant Jollibee Foods Corp. (JFC) on Thursday said it is forming a joint venture (JV) with its franchise owner in Malaysia, which will become its vehicle to operate the company’s stores in the western part of the oil-producing Southeast Asian nation.

In its disclosure, Jollibee said its Singapore-based unit Golden Plate Pte. Ltd. will have a minority ownership of the private company being established with Beeworks Investment Pte. Ltd. that will own and operate the Jollibee stores in West Malaysia, which includes its capital, Kuala Lumpur.

“The creation of the joint venture for Jollibee West Malaysia will accelerate even more this growth and will help make Southeast Asia a more significant business for the JFC Group,” it said.

The parties will invest up to $8 million, which is the estimated working capital to fund the joint venture’s first two years of operation.

Out of this amount, some $2.4 million will be contributed by Golden Plate in proportion to its ownership of the business.

“The JV will facilitate Jollibee’s entry into West Malaysia and is an excellent opportunity to introduce the Jollibee brand to the West Malaysian market,” the company said.

Beeworks is majority-owned by Patrick Chong, who is a franchisee for Jollibee East Malaysia which covers Kota Kinabalu.

“He has been a longstanding investor in Malaysia through his company Luxasia Group, an omnichannel leader in luxury beauty and lifestyle brands,” the company said.

The joint venture will have the exclusive license rights to develop the Jollibee brand in West Malaysia and aims to open at least 120 stores within 10 years, starting in 2022. 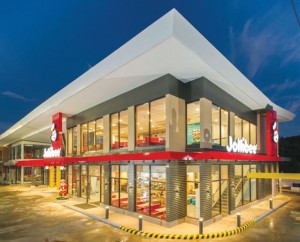