How These Franchises are Getting a Second Chance 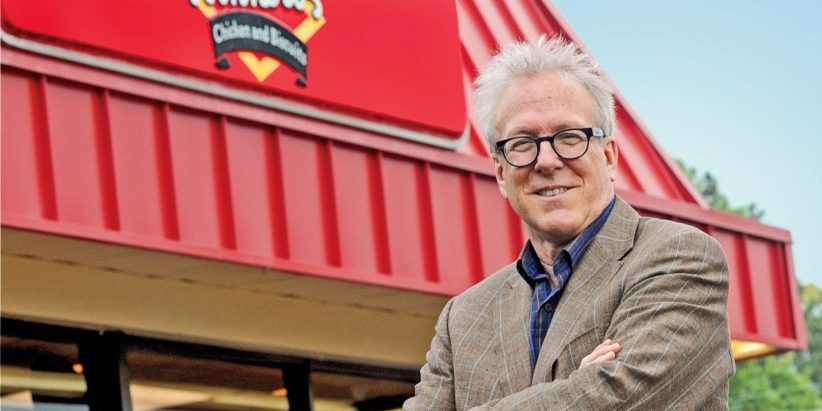 The South isn’t hurting when it comes to fried chicken places. There are hundreds of local restaurants, regional chains and roadside shacks that could lay claim to title of best fried chicken in the U.S. There are even gas stations that put chicken joints north of the Mason-Dixon Line to shame.

So when people in Atlanta, Memphis and Nashville speak reverently about Mrs. Winner’s Chicken & Biscuits, it means something. Since 2009, however, it’s all been a memory. That’s when the 30-year-old franchise declared bankruptcy, customers licked their last finger and the 184-unit chain closed its doors.

Franchise brands go out of business all the time, done in by unrealistic franchise concepts or poor infrastructure. Some simply lose their relevance — think Blockbuster Video and Radio Shack. But many older brands go bankrupt, stall or seemingly evaporate overnight, not because their products aren’t popular or their model isn’t working but because they are sold to new owners who saddle them with excess debt and provide poor or indifferent management. Sometimes they are taken in the wrong direction, or they get caught in the crossfire of corporate machinations like mergers or restructuring.

Yet for many shuttered brands, there’s still plenty of value and customer loyalty in their good name. Luckily, there are entrepreneurs out there who are savvy enough to understand when a brand is still viable.

That’s what happened with Mrs. Winner’s. In 2006 a private equity firm bought the chicken brand with the idea of combining it with another regional chicken chain. But the investors miscalculated. They financed the purchase with a debt so large that they were left with almost no operating capital. When the recession hit and sales took a dive, they couldn’t keep Mrs. Winner’s afloat and declared bankruptcy.

Minneapolis business attorney John Buttolph, who was involved in restructuring the brand while it was in Chapter 11, had a ringside seat for the collapse. He was surprised by how popular the brand was, even with its creditors.

“When I was working with the management team, I discovered that the people who were owed money — vendors, bankers and real estate owners — had an almost visceral affection for the brand,” he remembers. “And there’s still affection for the brand. It was even more pronounced after it went through bankruptcy. When I’d tell people in Atlanta or Nashville that I was involved in Mrs. Winner’s, they’d sigh and say, ‘I love Mrs. Winner’s.’”

Despite having zero experience in the food service industry, those responses gave Buttolph an idea. “I felt I had to take what was a handful of seed corn and plant it and nurture and grow another crop or cycle of Mrs. Winner’s,” he says. So in 2012 he bought what was left of the brand, which was essentially some trademarks, and then purchased a former Mrs. Winner’s location in Tennessee. He worked for two years re-creating the brand and updating it for the 21st century.

Now he’s hired a team of franchise professionals and executives from the restaurant industry to help him relaunch the chicken chain. So far they’ve opened three franchise units and brought eight former Mrs. Winner’s licensees who were operating independently back into the fold.

Buttolph has updated the logos and the brand’s color scheme, and his prototype stores are smaller than the previous incarnation. But the chicken and beloved “super cinnamon swirls” have stayed the same. Buttolph gets messages and emails from former customers all the time telling him they can’t wait for the fried chicken to return. He thinks that by the end of 2016 he’ll have five new stores up and running and could add 50 more in the Southeast by 2020.

In 2008 Bennigan’s restaurant, one of the pioneer brands in casual dining, shuttered more than 150 company-owned stores after years of bad management and excess debt led the brand off course. The remaining 130 franchisees were left in limbo with no corporate support, and slowly but surely the lights started to go out for them as well. In 2011 the remaining franchisees banded together and hired Paul Mangiamele, a seasoned franchise executive, to come in and try to salvage the brand.

Mangiamele’s first order of business: to trim the 20-page menu, which had become bloated by trying to chase dining trends, down to a manageable two. He reinvigorated the bar area, emphasizing the brand’s original concept that “Every day is St. Paddy’s Day.” And most important, he pushed the staff to go ABCD (above and beyond the call of duty), a philosophy that helped improve the overall atmosphere.

It was a lot of work, but in many ways it was just a matter of bringing the aging brand up-to-date, improving social media communications, designing a more profitable footprint and balancing the brand’s nostalgia with contemporary customer demands. So far Bennigan’s is up 100 units, with another 150 under contract. Mangiamele bought the brand outright in 2015 and even wrote a book about the turnaround. “This brand always had phenomenal DNA,” he says. “It just took a keen focus on the essentials of restaurateuring to revive it — a focus on people and guests.”

For Mangiamele, turning Bennigan’s around was just the start. Now he’s trying to do the same with Steak and Ale, a chain that went bankrupt around the same time as Bennigan’s. Launched in 1966, Steak and Ale was the original casual-dining steakhouse, which at its peak counted more than 110 locations.

Mangiamele has spent months perfecting the new Steak and Ale’s flagship location in Dallas, which he plans to open in early 2017. The brand will trade on Steak and Ale’s traditional signatures — the giant salad bar, Hawaiian chicken dinner and Kensington Club steak. But there will be new touches. “We’ll have a prime rib carving station and these big cast-iron doors where the prime rolls out,” Mangiamele says. “The optics will be impressive. It will smell great, look great, sound great.”

He believes that a laser focus on what Steak and Ale does best will give the brand an advantage. “What’s happening right now with other brands is an insidious disease called brand drift,” he says. “These places get new CEOs and new owners with their own ideas who don’t appreciate or respect the culture and components that made these brands highfliers at one time. We’re taking dead aim at Outback Steakhouse because I think their brand is drifting. People are tired of the Bloomin’ Onion. They’re looking for something else in a value-priced steakhouse.”

Brand drift, more than anything else, was the problem John Maguire, the former COO of Panera, saw when he joined Friendly’s in 2012, a year after a bankruptcy shuttered 100 of the brand’s units and there were murmurings that the classic restaurant was going down for good. When he was a kid in the Boston suburbs going to Friendly’s to get ice cream, Maguire could have never imagined that the shop would one day sell shrimp and chicken stir-fry. But when the brand brought him onboard to try and straighten things out, those items were on the menu, along with many other offerings that didn’t belong.

“Since its founding in 1935, Friendly’s has been known for value-priced fried seafood, ice cream, burgers and breakfast,” Maguire says. “Their menu had expanded into too many areas without ever really doing testing. There are two big mistakes brands make. They add to the menu out of haste to drive sales, or they have a me-too strategy where they copy other brands. But many of those things just don’t fit.”

Maguire knew from experience that the brand’s original concept was beloved. So he started the rehab by paring down the menu by 40 percent. Friendly’s switched to fresh, never-frozen beef, began sourcing larger eggs and switched to real ice cream in its shakes and treats instead of using cheaper soft-serve. Maguire also had much of the breakfast menu repriced.

The second step was to refurbish the restaurants, many of which hadn’t been updated in decades. Maguire’s team developed an affordable $125,000 remodel package, which updates the outside signage and building exterior and also refreshes the dining area. A bolt-on drive-thru can add $400,000 worth of annual sales to some units. So far 95 percent of company-owned stores have been rehabbed, as have 40 percent of franchisee stores; the rest are committed to a remodel by the end of 2017.

“We’re relevant and competitive again,” Maguire says. “We had negative sales at Friendly’s for nearly two decades. I’m happy to say we’ve had positive sales and customer traffic for the last 14 months.” In fact, he says the brand is ready to grow again, and may begin expanding out of its East Coast stronghold. Even more important, Friendly’s is seeking experienced franchisees to help pioneer new territories.

“Franchisees want success,” Maguire says. “We have some who have been with us for decades who saw nothing but decline. Now they’re seeing a lot of success with the remodel, and there’s a lot of excitement. It’s now our responsibility to keep up the momentum.”