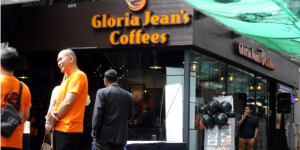 Apart from that, the company will also open four new outlets in East Malaysia in bids to expand further locally.

However, as of June, he said it has been confirmed that GJC will open eight new outlets in total.

“There will be four in Malaysia, two in Myanmar, one in Indonesia and lastly, Brunei,” he said at the opening ceremony of GJC Bukit Bintang last Friday.

He added that the cafe has recently opened its branch in Kuching in May and is looking to aggressively open more outlets to compete against bigname cafés like Starbucks Corp.

“We are currently waiting on the opening of one outlet at the Kota Baru Airport at the moment, and have received a proposal to open in Miri. We are now looking for a prospect ive franchisee there,” he said. 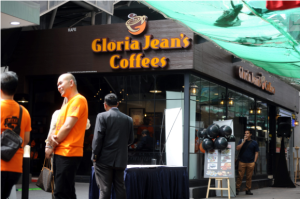 Azmi said the reason why specialty coffee is expanding in Malaysia drastically recently is due to differences in preference and acceptance.

“We initially were a tealoving country, but because our youths now like to sit at cafés to work on their tasks, it is only fair that cafés and the drinks they come with are becoming trendy,” he said.

The Malaysian Reserve previously reported that the specialty coffee culture is on the rise among millennials.

GJC was founded in Australia which has over 1,000 outlets in 41 countries. It offers various espresso drinks, seven tea choices and eight types of chocolate drinks, alongside pastries.

MyFranchise, which is the master franchisee of GJC, is a wholly owned subsidiary of PNS and previously worked under the Finance Ministry, now moved under the Economic Affairs Ministry.