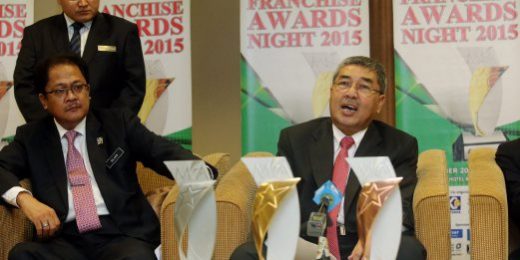 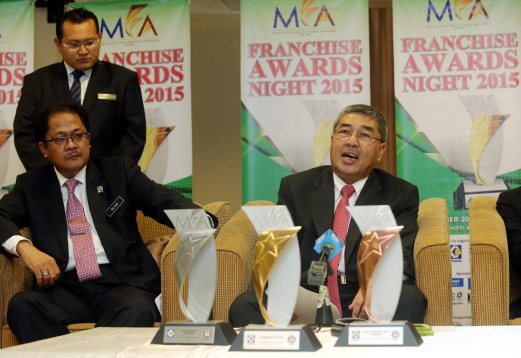 PUTRAJAYA: The current sluggish economic environment has not affected the franchise industry, with business operating as normal. Domestic, Trade and Consumerism deputy minister Datuk Seri Ahmad Bashah Md Hanipah said despite the rise in cost of living, the franchise industry continues to enjoy a growing market. He said this could be seen through the number of people who patron food and beverage outlets. “There is certainly development in the sector even though there is a slowdown in the economy. “The Malaysian franchise industry has seen an eight per cent growth this year with 794 franchising companies registered under the ministry. “The growth was well in line with the expected target of 10 per cent annual projection, “ he said at a press conference for the Malaysia Franchise Awards (MAF 2015) here, today. On the award night on Nov 17, Bashah said 18 awards were up for grabs under four categories including Best Franchise System, Open Category, Franchises Category and Special Appreciation. The main award of MAF 2015 will be the Best Franchise Award. Among the finalists for MAF 2015 include Smart Reader Worldwide Sdn Bhd, Senheng Electric (KL) Sdn Bhd, Gloria Jean’s Coffee, Kenny Rogers Roasters, Globalart, Manhattan Fish Market, Chop & Grill, Avon, Meiko and Cherie Hearts.