You are here:
Franchise Articles 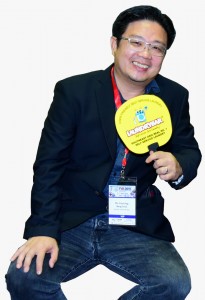 PAUL ANG BENG TECK is the owner and founder of LaundryBar, also Group Managing Director / Chief Executive Officer of The City Coin Group. Paul who was appointed acting Group CEO on Aug 1, 2014 was confirmed to the position following a board of directors meeting on Nov 20, 2014.

Born and raised in Kuala Lumpur is the eldest of two siblings. Paul Ang, an Associate of International Accountant year 1999, and also Diploma in Malaysia Taxation Year 2002. From a young age, he was passionate about business and developed a franchise that could penetrate local and foreign markets.

He registers LaundryBar business as a franchisor with The Ministry of Domestic Trade and Consumer Affairs (KPDNHEP) and Perbadanan Nasional Berhad (PNS) and Paul Ang was proudly appointed as Council Member of Malaysia Franchise Association (MFA) in July 2018.

“I always believe and hold tightly to this principle in business. To become a successful franchisor, we need to work hand in hand with the franchisees to take the business to another level. Franchisor must be proactive in eveloping innovative ideas in order to boost franchisees performance. Together we succeed is the company’s main goal through the leading brand in launderette service in Malaysia.” – Paul Ang. 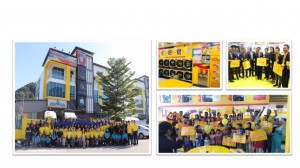