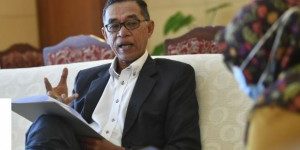 The Franchise International Malaysia Exhibition and Conference 2021 (FIM2021), which will take place virtually from October 9-16, 2021, aims to attract about RM200 million worth of potential investments in the franchise field.

Domestic Trade and Consumer Affairs Deputy Minister Datuk Rosol Wahid said the target could be achieved based on the franchisors’ feedback, which revealed that online visitors have shown higher potential for the franchise business.

“In fact, some of them had put down business deposit payments and all of these are recorded as potential investments,” he said when officiating the virtual FIM2021 pre-launch ceremony today.

He said FIM2021 is expected to attract 15,000 visitors, compared to FIM2020 — which was also held virtually—that had attracted 7,900 visitors and generated RM120 million worth of franchise business potentials.

To-date, he said 50 booths have been taken up by franchise companies, including 10 South Korean brands specially brought by the Korea Agro Tourism.

Those who are interested to take part in the event may confirm their participation via https://www.myfim.my website before Sept 30 and visitors can also sign up through the same link to browse the list of exhibitors.

“They can also participate in the ‘franchise live session’ in addition to exchanging business cards digitally via the link provided,” he said.

FIM is the sole large-scale franchise exhibition in Malaysia recognised by the World Franchise Council (WFC) and the Asia Pacific Franchise Confederation (APFC).

The event was held in the digital format last year in accordance with the new norms in the wake of the Covid-19 pandemic.

FIM2020 had attracted the participation of 57 franchise companies from 11 countries, including Saudi Arabia, the Netherlands, Italy and Australia.

Since 2010, the annual event organised by the Ministry of Domestic Trade and Consumer Affairs and the Malaysian Franchise Association attracted RM3.75 billion worth of potential investments in the franchise industry or an average of RM375 million per year from 2010 to 2019. 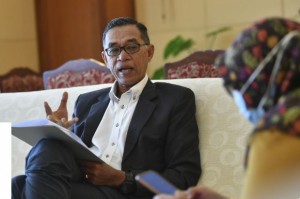