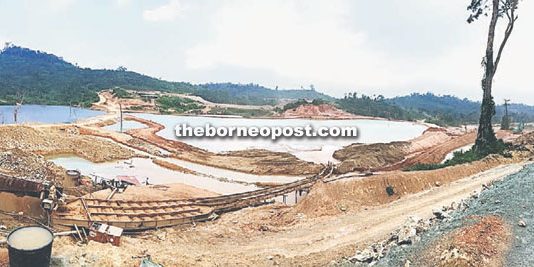 In an announcement to Bursa Malaysia, the company said that its yearly revenue jumped more than three folds to touch RM279.96 million from the RM84.27 million recorded previously.

Profit after tax in turn leapt to RM11.99 million from the previous year’s RM7.19 million.

This strong financial performance was attributed to the company’s fast food and franchise, together with its mining, energy and related divisions.

The statement added that “the Board is optimistic of continuing good and improved performances in the coming quarters should all our plans, barring any unforeseen circumstances, are satisfactorily carried out”.

On the company’s fast food and franchise division, BornOil executive director Raymond Teo said that the company currently has 69 SugarBun restaurants in Sarawak, 5 in Sabah while another 10 are in overseas markets.

“With a focus on product diversity that appeals to different palates, SugarBun has over the years catered to the changing taste of the consumers,” said Teo.

BornOil’s Pezzo franchise, meanwhile, has emerged in recent times to become one of the most popular pizza eateries in Sarawak, particularly in Kuching.

Teo explained that the openness of any Pezzo kiosk gives customers a glance on how their pizza is being made and freshly baked from the oven, a process that is completed within 10 minutes. Furthermore, the pizzas are sold either by slices or by a whole pizza, measuring 14 inches per pan, compared to the 12-inch pan used by most pizza operators.

Unlike other pizza restaurants, Pezzo is a kiosk which only requires an area of only 200 square feet to operate. Thus, this small kiosk set up concept offers a few competitive strengths including the fact that these can easily be put up in any strategic location.

Furthermore, the set up time of the kiosks can be just a week, compared to a few months for a restaurant. Business risks for these kiosks are also much lower due to the low set-up costs, low operating costs and its mobile nature.

“The future plan would be to expand into the huge untapped market in Sabah and West Malaysia,” Teo further said.

BornOil’s gold inventory continues to climb on back of rising gold prices.

In an announcement to Bursa Malaysia late last week, Borneo Oil Berhad (BornOil) informed the exchange that its gold inventory to date stands at 20,544 ounces or 639 kgs.

Gold is traded in USD and closed last week at approximately USD1,220 per ounce.

This means that the value of BornOil’s gold hoarding equates to some USD25,063,680 million or above the RM100 million mark.

Teo said that BornOil aims to continuously increase its gold backing per share to demonstrate “real value” to all shareholders. — Bernama