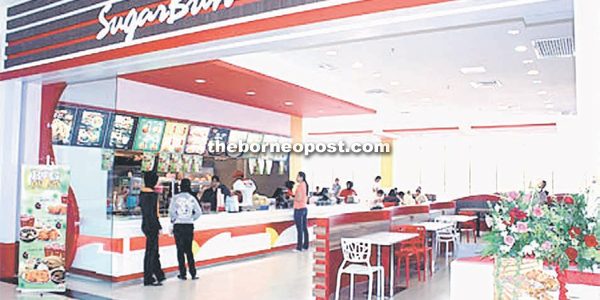 The company in its accounts notes filed with Bursa Malaysia yesterday said the higher revenue and profit were attributed to higher contribution from its fast food and franchise operation as well as mining, energy and related operations.

“The mining, energy & related division also performed well and we are pleased that all our revenue engines are beginning to fire on all cylinders,” he added.

“We target to finish the current financial year on a high and believe that 2015 shall mark the start of bigger things to come for Borneo Oil,” Teo further said.

“The expansion of the Pezzo network in has been faster than initially anticipated as a total of 32 kiosks are currently in operations,” said Teo.

“This has doubled our initial internal target of 15 kiosks and we now have plans to expand to neighbouring Pontianak, west Kalimantan and Brunei as well as in Peninsular Malaysia.”

“Our plan is to open another 65 outlets next year, including 40 in East Malaysia, 20 in Peninsular Malaysia, three in Brunei and two in west Kalimantan,” Teo further said.

The group noted the contribution from its existing fast food outlets, the opening of new Pezzo franchise chain has further contributed to the overall turnover.

Teo also said that Borneo Oil are also working to launch one or two new brands in 2016 to further expand the group’s F&B business reach.

On the group’s mining activities, Teo said that Borneo Oil “is fast reinventing our company as a proxy for the Malaysian gold mining industry.”

To date, Borneo Oil had signed exclusive production sharing agreements to carry out mining works at five sites on 1,500ha in Pahang.

Borneo Oil said its mining, energy and related division also performed satisfactory while other divisions’ performance was within expectations.

Commenting on the group’s prospects, Borneo Oil said the board is optimistic of better performances and contribution from the group’s various divisions and operations.