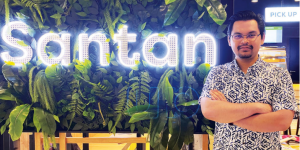 She added that the company has allocated RM2 million in capital expenditure (capex) for its overseas expansion to open outlets in Shenzhen, China, and London by the first half of 2021 (1H21).

“These two outlets in Shenzhen and London will be operated by Santan, while the franchise model will help us continue expanding in the Malaysian market.

“As we aim to be the first Asean fast-food chain, we will be expanding in countries such as Thailand, Indonesia and the Philippines,” she told The Malaysian Reserve (TMR).

Santan restaurant established its first outlet at the Mid Valley Megamall in December 2019.

To date, there are five Santan outlets in the Klang Valley, which two of them are operated by Santan itself and three by franchisees. AirAsia is having another five more franchises with PKNS Shah Alam, Selangor, and Nu Sentral, Kuala Lumpur (KL) opened in November, and KL East Mall, Wangsa Walk Mall, KL, and IOI City Mall, Selangor, set to open in December.

Initially, Goh said Santan targeted to roll out 15-20 new restaurants by the end of 2020, but has to delay it till February 2021 due to the Conditional Movement Control Order (CMCO).

“We plan to open outlets in other states starting with Perak, Penang, Johor and East Malaysia by the first quarter of 2021 (1Q21),” she added.

With the brand’s rapid expansion, Santan and its outlets are expected to contribute 10% to 15% in revenue in the following three years from about 2% as an in-flight restaurant currently.

Despite the current CMCO, Goh is glad that there is a huge spike in delivery orders which contribute almost 80% to the sales compared to 40% previously.

“We offer franchisee models starting from RM350,000 including the franchise fee. We don’t recommend the franchisee to invest so much in capex to open the store as we foresee demand in delivery and take-away will continue to surge moving forward.

The restaurant also opened up employment opportunities to some of its staff who were retrenched under its employee rationalisation exercise.

“So far, we have hired 30 retrenched Allstars from the cabin crew and ground handling department. I believe it will be growing,” she explained.

Another franchisee Radzi Tajuddin, who opened a Santan outlet in 163 Retail Park, Mont Kiara in early November, was inspired by the overwhelming demand for Asian food.

“Restaurant usually is all about the chef. But not with Santan, because they have a system that doesn’t require a chef to produce a delicious and quality meal thanks to the satellite kitchens.

“Of course, there is risk in every business. We need to choose the right location, partners and internal investor,” he told TMR. 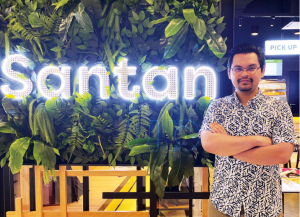