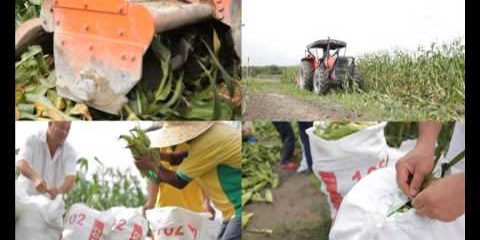 This is the history of the Malaysian brand Nelson’s that made corn in a cup a popular snack concept both locally and internationally.

In Malaysia, when corn in a cup is mentioned, you may think of the OG, Nelson’s who could be credited for making the snack popular here, in malls to airports and even in zoos.

Nelson’s, which has been operating since 1985, was founded by Datuk Seri Nelson Kwok Teng Toong, who initially ran a toy shop prior to pivoting into the corn business.

He was a TARC graduate who took on various jobs like sales in the F&B industry, banking, and later toy retailing, he shared in an interview with MATRADE.

According to an interview with The Star, Nelson was approached by a farmer in his toy shop who proposed selling his corn in the toy shop as snacks for children.

Nelson and his wife then sampled the corn that the farmer gave them, and found that the corn was agreeably sweet and soft.

However, instead of selling corn on the cob, Nelson decided to tweak it by selling it freshly steamed and buttered in a small cup, according to an interview with The Edge.

When Nelson was selling corn in cups, he was simultaneously selling toys and household goods under his former company called Nelson’s Connection, according to iFranchise Malaysia.

That changed when his corn in cups became so popular that they overshadowed his other retail businesses, leading him to create a franchise solely for that. In 1995, the first franchise outlet was launched in Penang.

This decision to pivot was also due to his realisation of how profitable the F&B industry was during the mid-1980’s economic downturn.

When a 2017 interview with The Edge took place, Nelson’s already had over a thousand franchise outlets across Malaysia and internationally.

They use a master franchising model so that it puts no pressure on them as the brand owner to raise capital to penetrate into foreign markets. Additionally, local partners in foreign markets have a better grasp on local regulations and customs, on top of better access to capital and business networks.

Before approving any international applicants to become their master franchisee, they will first explore the average rental prices, salaries of workers, labour laws, competitors, and even the price points at which they sell.

For the applicants themselves, Nelson’s would ask for their organisational structure, paid-up capital, tentative investment plan, quality of their facilities, and their business networks.

Once they’ve received this information, they will then determine the capital required to open said number of outlets, look at projected profits and losses, and come up with a payback period at the point when the franchisee becomes profitable.

Nelson’s had success in regions like the Middle East and Southeast Asia, and its most stable market was in Saudi Arabia in 2017.

Despite being one of their most stable markets, however, they’ve had their fair share of challenges in the country. Back when Saudi-US relations were tense, they faced trouble because of how American-sounding their brand was.

To fix that, they changed their brand name to N&A for the market, a decision that has paid off ever since.

However, venturing into the Chinese market was a whole other expensive lesson. There, they committed to setting up an office and spent a lot of capital, but were met with losses every month as they didn’t expect the local regulations and requirements to change over time.

They exited the market but returned 3 years later. This time, they appointed a master franchisee who understood the market better to expand the brand instead.

Developing Their Own Corn Species

Nelson’s currently has a few other products which are corn ice-cream, freeze-dried corn, dorayaki, and more.

To manage quality control further, they created their own hybrid sweet corn seeds called the Nelson 28 in Chemor, Perak and Kota Kinabalu, Sabah, and their processing plants are HACCP and Halal certified.

Apart from their own corn products, they’ve also supplied to restaurants and food chains, according to MATRADE.

To get more hands on deck in the farm and the company, Datuk Seri Nelson gave a talk once to the students in UTAR Kampar to invite their graduates to work with him.

In the talk, he advised the students to never start a business right after graduation.

Use your semester breaks as opportunities to seek jobs or internships for more exposure in the industry you are interested in. Learn how to relate to your colleagues and employer, build your networks, and then apply the knowledge you learnt to start your business later on. 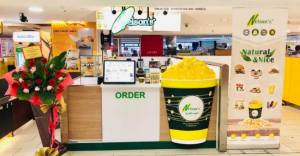