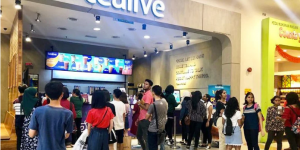 He said the listing status would be sought once the company reached its target of 1,000 Tealive stores, according to a Reuters report.

Loob is currently the biggest network of bubble tea stores in Southeast Asia. It opened its 800th store in Malaysia last month.

The company had planned for an initial public offering (IPO) earlier, but the listing plan was put on hold in 2020 due to the Covid-19 pandemic, Reuters said, citing a media report.

In June last year, private equity firm Creador Capital Group acquired a 30% interest in Loob. The financial details of the acquisition were not disclosed but Loo said Loob was “adequately funded” for its current expansion plan.

“So the question of whether we will go for an IPO and if so, in which market, is best re-visited a year from now,” he was quoted as saying.

Loo founded Loob in 2010 and launched Tealive in 2017 after it lost the Taiwanese Chatime franchise in Malaysia over an alleged breach of contract.

Tealive makes and sells beverages ranging from pearl milk tea to coffee and has expanded to countries including Vietnam, the Philippines, Australia and UK.

Loob is also gearing up to double Tealive’s store count in the Philippines annually, with a target of 300 stores by 2024 from 25 currently, Loo said.

Loob is expanding at a rate of 100 Tealive and 100 Bask Bear Coffee outlets a year in Malaysia, Loo said.