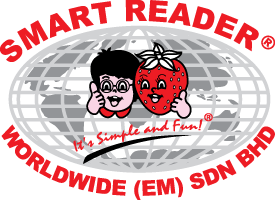 “We always welcome entrepreneurs worldwide to enter the education industry for pre-school children.

“I am confident that the future looks bright for effective and systematic pre-school education service,” he told Bernama recently.

Ong said Smart Reader will continue to further expand its franchise in the Asia.

“We have established our franchises in China, Thailand, Philippines, Brunei and Jordan and early next year we will be going to Indonesia as we see potential in Banda Acheh.

“Indonesia and Malaysia have a lot of similarities and its economy is growing,” he said.

On its Smart Tadris programme, Ong said, the Muslim community need not worry as they have selected religious experts to be on the panel for the programme.

“We have the Department of Islamic Development Malaysia’s support to carry out the Smart Tadris programme. We have also appointed Datuk Abu Hassan Din Al Hafiz, the former Imam of the National Mosque, to be the senior advisor for the programme,” he said.