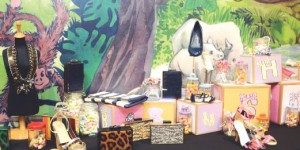 SHOESSHOESSHOES, a locally-designed fashion brand for women footwear, plans to strengthen its brand presence by spreading its wings in Asia in the next two to three years.

Ung Yiu Lin, the owner and designer of the shoe brand that could be spotted on the feet of local celebrities and socialites and the managing director of Heart and Sole Sdn Bhd, said the brand is keen to open three stores in Malaysia and perhaps team up with a foreign partner to establish a franchise in countries like Indonesia.

The locations that are appealing to her eyes are in the Kuala Lumpur golden triangle area, Damansara Perdana, and also Penang due to its huge tourist market.

“In terms of growth potential for the brand, I foresee opening two or three more stores in the next few years. But I am not going to rush to open up new stores because at the end of the day, I have been in the business for a long period,” the entrepreneur told Business Times in an interview recently, adding that the right store location and the rental price will be key factors for her to open up new stores.

ShoesShoesShoes is a leading Malaysian footwear brand founded by Ung in 2006. The brand is now the business focus of Heart and Sole Sdn Bhd, along with its luxury brand bag Klutched.

Over the years, the brand has expanded from its flagship store in Jalan Telawi, Bangsar, to other three stores in Bangsar Shopping Centre (BSC), Publika and Great Eastern Mall. It has a store in Singapore.

Speaking on franchising the ShoesShoesShoes brand overseas, Ung said she seeks opportunities to expand the brand regionally. However, she is careful when it comes to picking the right business partner.

“When we franchise out ShoesShoesShoes we have to think of the longevity of the brand. Our partner should be able to carry and represent the brand well and make sure that it is successful,” Ung added.

The average price of a pair of shoes from ShoesShoesShoes is RM250 and between RM300 to RM400 for its Luxe collection.

Meanwhile, ShoesShoesShoes has now expanded its line to include the Bambini collection. The new line, which was launched on November 27, is catered to toddlers, offering matching mother and daughter shoe designs.

The line was launched in 2013 before Ung became a mother to 10-month Zara Aaliya Azlan. The first Bambini collection, she said, was inspired by her friends’ children while the second collection by her daughter.

Initially, the designs for the first Bambini collection were a bit unpractical for children as the shoes were decorated with crystals, tiaras and charms, which are not so child-friendly.

“That was when I was spurred to do the next Bambini collection, but I made sure that this collection is more wearable and practical for kids,” she said.

The collection which enables mother and daughter to match favourite shoe designs, has 12 designs that cater to girls from a couple months old up to below seven years old. All the Bambini shoes are priced at RM169 and are available at all ShoesShoesShoes outlets.

“This shoe technology allows you to just click on the shoe base and detach it from the upper part of the shoe to change it. In short, you can just change the look of the shoe with a mere click,” she said, adding that ShoesShoesShoes got the rights to bring the technology into Malaysia and plans to launch the brand either next year or in 2016. 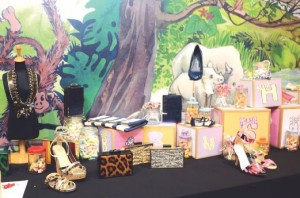 ShoesShoesShoes has now expended its line to include the Bambini Collection