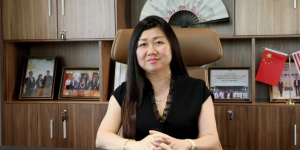 In a statement yesterday, the firm said the franchise agreement includes Sheng Tai and IWG collaborating to open flexible workspace in Malaysia.

With the agreement, Sheng Tai said it becomes IWG’s first partner since the latter opened up franchise opportunities in 2019 in the country.

Sheng Tai said it had invested about RM8 million to begin this partnership with three centres in the company’s commercial properties in Melaka.

The first centre, which will be developed under Regus, will open in Melaka Trade Square (MetraSquare), Melaka by the end of the second quarter of 2021 (2Q21), while the second centre, under Spaces, will open at The Sail in 2025.

Sheng Tai founder and chairman Datuk Leong Sir Ley said she believes the time is right to invest in the flexible workspace industry in Malaysia, especially in Melaka, in line with the optimistic outlook post Covid-19 for the state and country.

“The pandemic has provided Melaka as well as the flexible workspace industry an additional edge.

“More and more people and global brands are looking at strategic locations that are beyond the city centre. In addition, the pandemic has accelerated the growth of flexible workspace trends around the world,” she said.

Meanwhile, IWG regional chief executive officer (CEO) Gareth Haver said that when it decided to open up franchising opportunities, it needed strong partners as well as people who shared its vision and values. 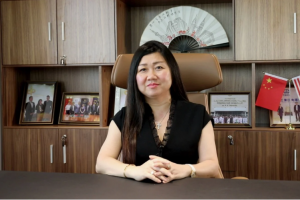