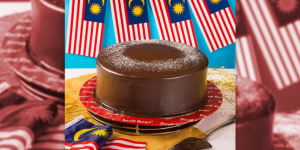 Done in collaboration with Lion & Lion, Secret Recipe requested netizens to comment if they favoured the brownies walnut, retweet for the chocolate indulgence cake, or send a like for the New York cheesecake. The tweet had 10.9k retweets and comments and 5.2k likes at the time of writing. To jump start the conversation in the lead up to Merdeka Day, the team published a poll on Twitter earlier this month with the caption: “Admin wants to know, in conjunction with Merdeka month, which of our cakes should be called Cake Malaysia?” Majority of votes went to chocolate indulgence (73.4%) followed by red velvet (12.6%) and white chocolate macadamia (10.5%).

It later spilled over to Facebook to get Liga Kek Malaysia started and have consumers voting in the polls. Liga Kek Malaysia has been running for at least two weeks on Facebook, with Secret Recipe pitting popular cakes such as the chocolate indulgence, creme brulee, Hokkaido triple chocolate cheese cake and white chocolate macadamia cake against one another. A new poll is released every two days and the winning cake will proceed to the next round until a winner emerges.

Lion & Lion Malaysia’s MD Ben Chew, who recently joined the agency, told A+M that the Facebook polls have already garnered over 25,000 votes since the launch earlier this month. He added that the campaign’s intent was to engage the consumers as well as increase the brand’s share of voice. According to him, conversations about the brand often centred on the choice of cake Malaysians most enjoyed from Secret Recipe.

“In fact, the agency was inspired by a steady stream of conversations on Twitter that Malaysians were engaged in that always focused on the variety of cakes in Secret Recipe and which was their favourite,” he added. It was these conversations that sparked the novel idea of tapping into a “big pool” of Malaysian consumers who were already engaged naturally in conversation about the brand.

Chew explained that the strategy was to leverage on the popularity of the Twitter thread and amplify its appeal to drive engagement with a larger base of Malaysians not yet engaged in the same conversation. “But quite certainly, there was also the need to push the envelope on brand relevance and in the bigger picture of the brand relationship with the consumer, what would this conversation really mean to Malaysians,” Chew said.

Lion & Lion was reappointed by Secret Recipe this year and the brand said that its ongoing partnership has been instrumental in bolstering the its online presence and increasing sales by augmenting its online delivery. Lion & Lion currently manages the brand’s social media across platforms and growing the community along with a focus to drive the brand’s online business with strategic initiatives.

Last year, McDonald’s Malaysia also called on consumers to vote for Malaysia’s favourite McDonald’s product. Titled the “McD Elections 2019” and done in collaboration with Leo Burnett and iDotYou, the brand wanted to use a fun way to drive customer engagement and get consumers excited about its core menu items. It was also inspired by the 14th General Elections which occurred in 2018. 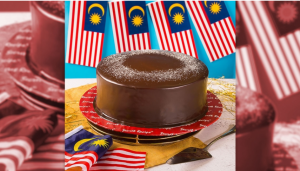