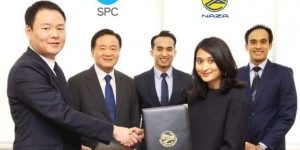 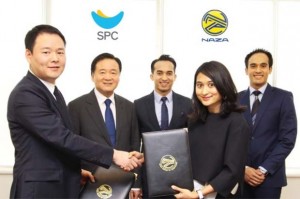 The Naza group said in a statement yesterday that it had signed a mutual understanding with the South Korean conglomerate to develop and operate the latter’s artisan bakery brand in Malaysia, with initial plans to open five outlets in the Klang Valley by 2016.

“We are confident that Malaysians will be receptive to such new food and beverage (F&B) concepts such as Paris Baguette.

“This is due to the recent wave of ‘café culture’, which is rising at a rapid rate locally, presenting opportunities for our collaboration with the SPC group,” Naza director of F&B group Nur Nadia SM Nasimuddin said.

According to Naza, the plan is to have 30 outlets nationwide in five years.

“With Malaysia’s cultural and language diversity, we believe that the cooperation is in line with our goals to expand into South-East Asian countries, where there is high growth potential.

“We are also confident of this relationship with Naza, seeing the company’s strong track records in the automotive and property sector as well as F&B (food and beverage),” SPC chairman Hur Young-In said.

Paris Baguette was launched in 1988.

The bakery franchise has since spread to global markets, including the United States, where most of its chains are located near Los Angeles, San Francisco, New York, and the Boston metropolitan area.