No exact science in PE investments 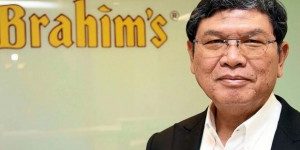 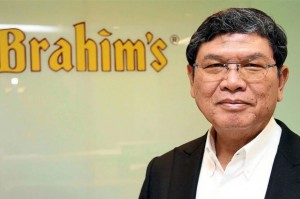 Ibrahim is relying on Ahmad Zaki’s experience to lead this partnership and grow the franchise in Malaysia and Singapore.

DESPITE Ekuiti Nasional Bhd (Ekuinas) booking a loss from its investments in the Burger King franchise, the government-linked private equity fund management company says exiting the quick service restaurants (QSR) segment will help narrow its focus to its other profitable franchise businesses.

Explaining the rationale for its investments in the Malaysian and Singapore franchises for Burger King in 2011 and 2012, Ekuinas says that the brand had been largely underpenetrated with only around 20 restaurants in Malaysia at entry.

“There was a significant opportunity to aggressively grow the business and back management to expand across Malaysia and Singapore,” it tells StarBizWeek.

Ekuinas points out that its investments in Rancak Selera Sdn Bhd, which is the holding company for the Malaysian and Singaporean franchisers, have led to a growth in the number of Burger King outlets to around 90 to date.

However, it says the QSR segment is highly competitive and the ability to generate profits is reliant on having a large outlet network with strong operational capability to attract volume and scale to offset the value pricing of products sold.

It says this is why it had divested its Burger King stake following a portfolio review exercise which took into account the competitive environment and need for further investment.

“Ekuinas believes Burger King would thrive better under a long-term partner which has the necessary required financial resources and operational capabilities to turn the business into profitability,” it says.

It adds that this portfolio restructuring exercise was similar to how it restructured its oil and gas portfolio in 2012 where it divested its 23.8% stake in Tanjung Offshore so it could reinvest in the offshore support vessel business under Icon Offshore.

“That led to significant value created under Icon Offshore, which far offsets the original loss (it made on Tanjung Offshore) and we hope to be able to successfully replicate this strategy for Integrated Food Group Sdn Bhd (IFG),” it says.

Ekuinas says that with its portfolio restructuring of its F&B arm, IFG, it can now fully focus and invest in its casual dining and dessert franchise businesses which are performing well and have strong growth potential.

“Collectively, the casual dining and dessert franchise brands under IFG have combined revenue of RM280.1mil and currently operate 443 outlets in Malaysia and across the region,” it says.

It adds that these brands are profitable and generated earnings before interest, taxes, depreciation and amortisation (EBITDA) of RM26mil and profit after tax of RM9.8mil for the year ending Dec 31, 2013.

At this juncture, Ekuinas says, it has yet to decide on the realisation route for its investment in IFG, with the listing of the portfolio company being just one of several available exit or divestment strategies.

“However, our current focus is more towards aggressively growing the business and its profitability,” it says.

On the loss it made in its investment in Rancak Selera, Ekuinas says it has stringent investment processes in place, including detailed commercial due diligence to ensure all investments are only undertaken after careful consideration of the risk and reward profile.

Ekuinas’ divestment of Rancak Selera generated a loss across two funds with a negative internal rate of return (IRR) of 21% and investment recovery of 0.64 times of capital invested.

However, it says that there can never be any certainty at entry, stressing that, “we are more focused on ensuring that we generate the required returns on a portfolio basis rather than on an individual investment.”

It also highlights that its overall financial performance since inception has been strong, reflected by the gross portfolio return of RM655.9mil for its financial year ending Dec 31, 2013.

“This translates to a gross IRR of 25.5% per annum, exceeding the minimum targeted IRR of 12% and aspirational target of 20%,” it says.

The onus is now on inflight meals provider Brahim’s Holdings Bhd, who has weathered a tough year due to the twin Malaysia Airlines disasters as well as MAS’ ongoing restructuring plans, to achieve what Ekuinas did not manage to do – turn around the loss-making investment in Burger King.

Cosmo, which is 95% owned by Rancak Selera, has 50 Burger King outlets in Malaysia while 100%-owned BK Singapore has 42 outlets in Singapore.

The acquisition will be done via an 80:20 special purpose vehicle (SPV) with Quantum Angel, which is jointly-owned by Datuk Ahmad Zaki Zahid and Brothers Investment Group LLC and is expected to be completed over the next three to five months.

The purchase of Rancak Selera fits into Brahim’s company’s strategy to diversify its revenue base but poses a risk to its short-term earnings as the losses are not insignificant.

A market observer says the acquisition could be beneficial in terms of long-term revenue stream diversification but would likely result in an earnings downgrade for Brahim’s in the short-term.

“Both the Malaysian and Singaporean units are loss-making. Brahim’s will need time to turn them around, and in the meantime, the company will need to absorb the losses. In the near term, this will drag group earnings,” he says.

He adds that Brahim’s is taking a good step in getting the right management team, noting Ahmad Zaki’s experience in the QSR segment as former managing director of KFC Holdings Malaysia Bhd and QSR Brands (M) Holdings Sdn Bhd.

“Everything is very fluid at the moment but it will be interesting to see what exact role Ahmad Zaki will play in Burger King,” he says.

“We are pleased to be investing in the franchise in Malaysia and Singapore. It possesses a strong brand and the trend of increasing fast food consumption by Malaysian and Singaporean consumers provides us with significant growth potential,” he said in a recent statement.

Besides this, Brahim’s expects synergistic benefits to be realised from the acquisition upon successful integration of Cosmo and BK Singapore into the enlarged group.

This is because it currently operates a portfolio of F&B brands in KL International Airport and KLIA2, including Burger King, Café Barbera, Kopitime, Food Paradise and The Chicken Rice Shop.

It is unknown as to how a recently passed amendment in the Malaysian Airline System Bhd (Administration) Bill 2014 allowing for the existing contracts for the provisions of goods and services to MAS be continued will affect Brahim’s renegotiations with the national carrier.

Analyst Tan Kee Hoong says the company’s nine-month earnings have come in below expectations at 59% and 52% of its and consensus’ full year estimates respectively.

He adds that Dewina-Host turned loss making (vs RM0.8mil contribution in 3Q’13) but the logistics segment’s EBIT jumped 109% y-o-y.

It retained its “fully valued” rating with a lower target price of 90 sen based on 16 times financial year 2015 forecast earnings per share.