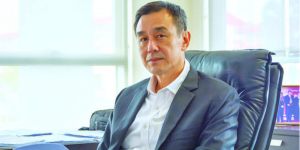 NIRO Ceramic Group plans to float the company in the local stock exchange next year to elevate its profile as a prominent ceramic tile player in Asean.

Niro Ceramic Group MD Ian Kok (picture) said the group initially planned for the corporate exercise this year but was delayed by the Covid-19 pandemic.

“As part of our corporate plans, the Niro Ceramic Group aspires to be a public company with the aim of growing our presence as a notable and branded ceramic tile player in the Asean region,” he said during the virtual launch of Creative Lab franchise yesterday.

Creative Lab by Niro Granite, a brand under Niro Ceramic Group, is an experiential retail environment that enables its customers to design their homes online with the ease of choosing their products at one of its outlets that are curated to ensure convenience and comfort for its customers.

Creative Lab chief retail officer Keith Loh said the franchise programme was launched as the group believes there are entrepreneurs that would like to run businesses that are focused on home renovations and furnishing.

“We have secured four franchise outlets which are not opened yet and we are mostly expanding towards the south first like in Johor and Melaka.

“The first franchise will be opened in May and it is located in Johor Baru, Johor,” he said. He added that the group is also in the middle of working with other brands to offer other services to the customers on top of its core products which are sanitary ware and tiles.

Other categories that are in the diversification pipeline include curtain, flooring and furnishing, said Loh.

Meanwhile, Kok said Niro Ceramic Group will shift its focus to Asia this year and is set on expanding its operations in the existing countries that they have already set foot in like Indonesia, Vietnam and the Philippines. 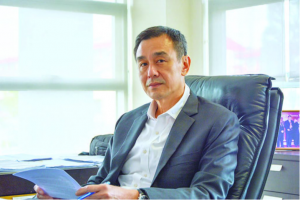