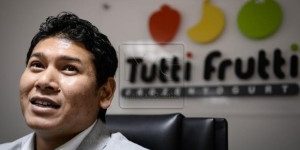 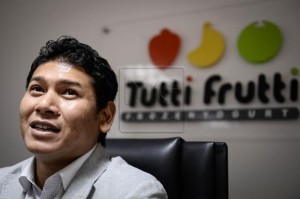 Despite the tense political situation in Thailand, Naza Tutti Frutti (M) Sdn Bhd is still optimistic with future prospects of the land of the white elephant planning to open its first branch by year end.

Managing director Izham Hakimi Hamdi said its business expansion to the kingdom is on as usual depsite the country being under marshall law due to the political skirmishes.
“Situations like these are the norm in Thailand and the demonstrators and the military don’t bother the business premises which goes on as usual.
“We have done our study on Thailand for a long time and found that there is potential for the frozen yogurt segment (froyo).
We were delayed to go into Thailand due to some administrative problems such as company registration, finding the right location with the right rental,” he told reporters here.
For starters Naza Tutti Frutti will focus in Bangkok and it has identified several strategic locations planning to open a total of five Tutti Frutti branches in Thailand over the next two years.
“We are confident with Thailand and if you look at Bangkok, its population is more than Kuala Lumpur and recently a shop opened a local froyo outlet at a popular shopping complex and the responese was extraordinary.
There was a long queue to buy froyo although Bangkok was chaotic at the moment but the demonstrators did not disturb the business premises.
On the domestic market, Izham plans to open more outlets and add more waffle products from the Belgian waffle recipes such as Brussel, Belgium or Liege.
Waffle Liege has exquisite taste compared to the normal waffle served in the country which comes with Tutti Frutti’s froyo.
Izham, said this is to diversify the Tutti Frutti taste pallette as well as attract more customers from various background and diverse demographics.
At present, Naza Tutti Frutti has 105 outlets in Malaysia, three in Singapore and two each in Cambodia and Brunei – MalaysiaGazette
Category: Franchise NewsBy Noorashikin RoslanJune 12, 2014
Share this post
Share on FacebookShare on Facebook TweetShare on Twitter Pin itShare on Pinterest Share on LinkedInShare on LinkedIn