The government is in talks with several financial institutions to reach a consensus on the implementation of the Micro Franchise Development and Affordable Franchise programmes.

“In line with the concept of franchise for all, it should be seen as a comprehensive and beneficial initiative for the B40 and M40 groups.

“It is not only focused on Sarawak but also for all states throughout Malaysia,” he said during a question-and-answer session at the Dewan Rakyat yesterday.

He was replying to a question from Datuk Robert Lawson Chuat (GPS-Betong) on how the recently tabled Budget 2021 can develop micro and affordable franchises in Sarawak.

Nanta said the Domestic Trade and Consumer Affairs Ministry (KPDNHEP) would announce about the initiative once its implementation guidelines are finalised.

In Budget 2021 the government has allocated RM25 million for the Micro Franchise Development and Affordable Franchise programmes as well as the Buy Made in Malaysia programme.

Meanwhile, Nanta said currently, there were nine franchise companies from Sarawak that have 98 outlets nationwide with 83 of them operating in Sarawak. -—Bernama 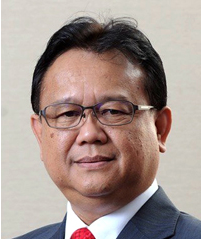