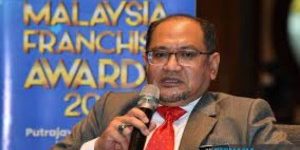 The Ministry of Domestic Trade and Consumer Affairs (KPDNHEP) is expected to apply for additional funding from the government for micro and affordable franchise development programmes following encouraging response from franchisees and targeted groups.

Secretary-general Datuk Seri Hasnol Zam Zam Ahmad said the RM5 million allocation for the programme this year was insufficient to cover all the 144 applications received, most of which were from the food and beverage and education sectors.

“For this year, we will make a selection of eight franchisors and 29 franchisees only, and if more are found to be eligible, we will try to get an additional allocation from the government so that those who wish to join the franchise industry can be given start-up assistance,” he told reporters after the announcement of the finalists for the 23rd Malaysia Franchise Award 2021 organised by the Malaysian Franchise Association (MFA) here Monday.

On April 6, Domestic Trade and Consumer Affairs Minister Datuk Seri Alexander Nanta Linggi announced that two grants would be offered for the micro and affordable franchise programme with the aim of developing more franchise packages worth RM100,000 and below and increasing the number of franchise industry players from the bottom 40 per cent income (B40) and middle 40 per cent income (M40) groups.

Hasnol Zam Zam said KPDNHEP was in the process of shortlisting the 37 franchisors and franchisees.

“The amount of funds that will be received by the selected franchisors and franchisees is not the same because it depends on the type of business conducted,” he said.

He said currently, there were more than 1,000 franchise brands registered with KPDNHEP which offered franchise business and employment opportunities.

Among the brands that have been successful through EFDP is Global Art, which has signed a memorandum of understanding with Moroccan investors, while Kenny Rogers Roasters will sign an agreement with a prospect from Algeria this December.

On the award, he said a total of 53 nominations were received from the franchise industry for 17 award categories including Best Malaysian Franchise, Best Franchisor, Best Master Franchise and the special award category.

Malaysian National News Agency (Bernama) journalist Nor Amirah Mahmuddin is one of the finalists in the Best Journalist category at the awards ceremony to be held on Dec 1 in Putrajaya. 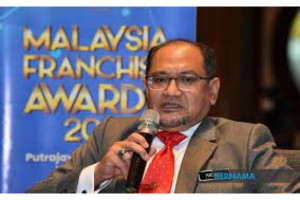