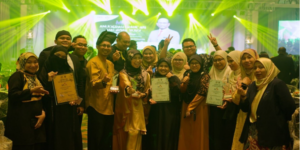 The three awards are the Best Franchise Ecosystem Innovation Award, the Bronze Award in The Best Emerging Franchisor of The Year category, and the Best Micro and AffordableFranchisor Special Award in 2022.

HOME Maths Therapy in a statement today noted that one of its franchisees, Al-Muthla Resources, owned by Wan Nourul Akmal Abd Aziz, has also been shortlisted for the BestHope Franchise Finalist for the event.

“The winning of this award has a great infl uence on our business journey. All of this is due to the team’s unwavering optimism. They have been continuously offering theirenthusiasm and ideas up until this point. Clearly, this is a present for everyone who has been with HOME since the beginning,” she said.

Che Nurul Khairunnisa further noted that based on the triumphant achievement, HOME is now hot to trot in facing the challenges next year with greater clarity, structure, andstrategies with its fi rst international branch in Indonesia expected to launch in February 2023.

“HOME also has a plan to grow its franchise business to other countries including Brunei, the Philippines, and South Africa,” she added.

HOME which was established and owned by QC Group Sdn Bhd had joined the Micro and Affordable Franchise Program (F3M) introduced by the Ministry of Domestic Trade andConsumer Affairs (KPDNHEP) as a franchisor back in 2021.

F3M has made it possible for the B40 and M40 income groups to venture into a franchise business with a capital of less than RM100,000.

As of now, eight different individuals who are now HOME Maths Therapy franchisees have earned the matching grant and have been operating for almost a year.

The matching grant has benefi ted a great number of people, specifi cally graduates, housewives, and the B40 and M40 income groups who lost their jobs due to the COVID-19outbreak. 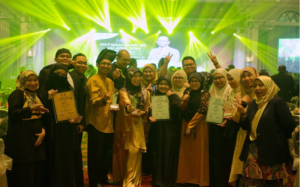