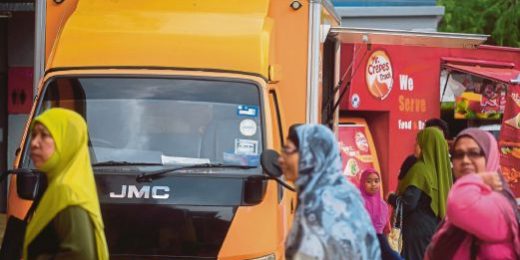 SHAH ALAM: For many young entrepreneurs, starting a food truck business is a trendier alternative to opening a stall on the streets.

Azhar, who sells creamy coconut shakes, said the cost of setting up a food truck was much cheaper than opening a restaurant.

“It is easier to reach out to customers. Some of the food truck operators here are mainly from the big companies, such as Tutti Frutti (frozen yoghurt franchise), and many have registered for the Goods and Services Tax.

“If you notice, most of us sell our products at less than RM10, inclusive of GST.”

He said a food truck enabled entrepreneurs to move around to different locations to seek new customers.

Asked how food truck operators were coping with the heatwave, he said those who sold cold drinks and desserts were raking it in.

“During the day, we will have more customers buying drinks. Later in the evening, the sales slow down a bit.

“On a normal day, we sell about 100 cups of coconut shake. But because of the heatwave, we are selling more now.”

He said Shah Alam, Subang Jaya, Malacca and Kuala Lumpur were the hotspots to run a food truck business.

Another food truck operator, Mohd Najib Mohd Zaki, 29, said he had been operating his business here for about a year.

He said operating a food truck was a good way for young people to start a business.

“With a food truck, we are able to move around, but if you open a restaurant, you are stuck at one location .

“I sell kebab. Because of the heatwave, sales are a bit slow during the day, but things pick up at night.”

He said most of the food truck operators charged less than RM10 for their products because their overhead costs were low. 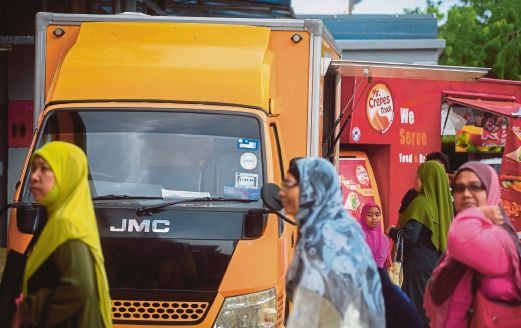