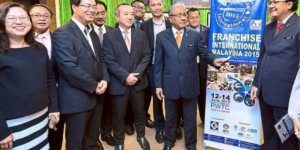 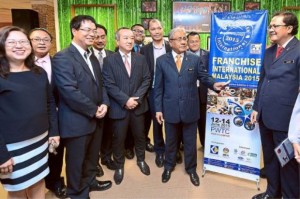 PUTRAJAYA: The Franchise International Malaysia 2015 (FIM 2015) exhibition and conference, scheduled in June, is expected to attract some RM370mil in investments, affir­ming Malaysia’s position as the region’s fastest growing franchise market.

The three-day event from June 14 will be held at the PWTC in Kuala Lumpur.

The annual event, jointly organised by the Malaysian Franchise Association (MFA) and the Domestic Trade, Cooperatives and Consumerism Ministry, is into its 22nd edition.

It is the largest annual franchising exhibition and conference in South-East Asia.

Minister Datuk Seri Hasan Malek said there would be 110 exhibition booths, of which 20% were expected to be taken up by foreign participants.

“We are expecting about 300 international participants at the conference and some 12,000 visitors.

“This is the biggest franchise event in South-East Asia and acts as a one-stop centre for domestic and foreign franchise industries to promote and expand their trade network,” he said at the “Business Over Coffee – A Session with Franchisors and FIM 2015” programme here on Wednesday.