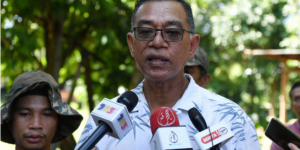 The Ministry of Domestic Trade and Consumer Affairs (KPDNHEP) takes seriously the misuse of the terms ‘franchise’ and ‘direct sales’ as an easy way to grow businesses.

Its deputy minister, Datuk Rosol Wahid said although not many complaints had been received, some had been penalised for the offence under the Franchise Act 1998 and Direct Sales and Anti-Pyramid Scheme Act 1993.

“This includes franchisors who put pressure on their franchisees. So, if any problems arise, including unfulfilled agreement, report them quickly,” he said.

He said this was because there were certain parties who did not own franchise registration and direct sales licences but misused the terms ‘franchise’ and ‘direct sales’ to grow their businesses.

Commenting on the high cost involved to venture into the franchise field, he said the implementation of macro franchise development programme would be the best platform for the B40 and M40 groups to venture into.

“This initiative will create job opportunities for the B40 and M40 groups, besides generating profitable returns to franchisors,” he said.

He urged those interested to seize the opportunity as, to date, there are 11 brands offering micro and affordable packages, among them being Arjuna Village, Ani Sup Utara, Taska Bonda Mama, KopieSatu, MD Putu Bambu World and Ayam D’ Penyet.

Meanwhile, Rosol explained that the small-scaled franchise road tour programme (Franchise Bay), which was launched today, aims to give exposure on franchise business systems in the country.

“As of now, there are 1,091 registered franchise brands, of which 700 are home-grown brands.

“As such, the ministry is targeting at least 30 potential new franchisees with RM7.5 million worth of potential investment during the year-long Franchise Bay exhibition, which will also be held in Terengganu, Johor, Pahang, Selangor, Kedah and Sarawak,” he said. — Bernama 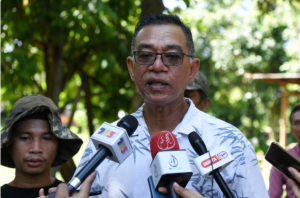