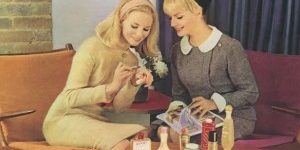 Avon may soon be calling you into shops and live-streamed shopping events as well as at your front door as the cosmetics and skincare brand moves on from the doorstep into the digital age.

The company, which was founded in New York 135 years ago by travelling book salesman David H McConnell, had to transform itself during the pandemic when a traditional “ding dong, Avon calling” from its 5 million sales representatives was no longer welcome.

Avon ladies – and men – now known as reps, are trained in a suite of digital tools so they can send out brochures and collect orders via social media. Products are delivered directly by Avon rather than its reps.

Now 30% of the company’s sales contacts are made online in the UK, up from less than 10% before the pandemic. Across the group, online sales are now nearly three times pre-pandemic levels.

Angela Cretu, the chief executive of Avon, says the company wants to become fully “omni-channel”, linking different methods of selling from stores to the doorstep, over the next three years.

She makes clear that reps will remain at the heart of the group’s plans, whether that’s running small boutiques, selling online or, potentially, creating outlets in department stores.

“Even with the most sophisticated digital experience and AI and social data crunching you never get, from digital, the friendship and touch and intimate knowledge you need when you buy beauty,” she says. “We need personalised service, something that goes beyond the classic service you would get over the counter.”

This week, Avon tried a Facebook Live event in the UK, giving training to reps and testing out selling products to them. The trial run, led by Avon’s in-house team, is intended to lead to reps in the UK selling via such techniques with shoppers able to click on their screens to buy the products being demonstrated. Similar events have already been tried in Turkey.

The move is an attempt to broaden Avon’s appeal to a younger audience attracted by the use of digital selling.

The pandemic, during which many women found their jobs were no longer possible as shops, restaurants and schools closed, spurred a wider array of people to try direct selling to make up their income.

Avon has launched a small range of vegan products, ditched all testing on animals in 2019, and pledged to make all of its packaging recyclable, compostable or reusable by 2030, for example.

Cretu says Avon is learning from Natura, which has adapted its core brand from direct selling across Latin America to opening its own stores and working with partners including Amazon and the French department store chain Printemps.

Avon has been experimenting with boutiques and rep-led stores for about 18 months in Turkey, where there are now 21 outlets, and Malaysia. This week it also opened a company-run flagship store in Shanghai, China.

Cretu says there is no date for bringing such ideas to the UK, but says Avon is keen to find its own way of hitting the high street.

“It is important that we are not going to be product on a shelf. We want a distinctive product experience like Aesop or the Body Shop have, not just focused on a product transaction,” she says. 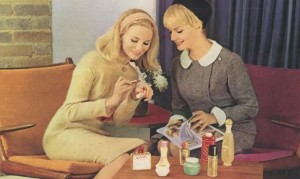