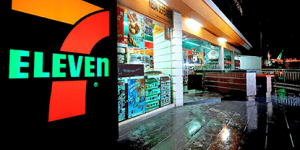 OPERATORS of mini-marts, convenience stores and cooperatives anticipate that revenue growth will be maintained this year after a strong 2020. First-quarter 2021 (1Q2021) growth is projected at 12.5%, according to an industry report.

Retail growth for the furniture and furnishings, home improvement as well as electrical and electronics subsectors is pegged at a higher 14.6% in the first three months, states the Malaysia Retail Sales Report by Retail Group Malaysia.

From a stock perspective, analysts are sanguine about the prospects of convenience store operators such as MyNews Holdings Bhd, 7-Eleven Malaysia Holdings Bhd and QL Resources Bhd, as well as home improvement retailer Mr DIY Group (M) Bhd. We take a closer look at the stocks.

Since the opening of its first print media outlet MAGBIT at One Utama Shopping Centre in 1996, MyNews has grown into a formidable force in the Malaysian convenience store landscape. Today, the group operates myNews, myNews SUPERVALUE and WHSmith branded stores across the country, with a total store count of 542 as at end-October last year.

Earlier this month, the group opened its first outlet of the popular South Korean convenience store franchise CU at Centrepoint Shopping Centre in Bandar Utama. Much more is to come as the group plans to expand the number of CU outlets to 500 within the next five years.

RHB Research is positive on MyNews’s CU store expansion plan, and in an April 2 note, said: “With the target of opening 500 CU stores in Malaysia in five years, the 24-hour store — measuring 1,700 sq ft — is the brand’s pilot store in the country as well as in Southeast Asia. We gather from management that the target to roll out 30 to 50 CU stores for FY2021 (financial year ending Oct 31, 2021) is on track.

“Essentially, we believe CU provides a strategic platform for the group to offer its quality fresh food products, leveraging the higher-end brand image that is able to attract discerning consumers with higher spending power.”

For the first quarter of its financial year ending Oct 31, 2021, MyNews reported a net loss of RM8.94 million, compared with a net profit of RM4.35 million a year ago, while revenue fell 29.8% to RM98.65 million. The group said its first-quarter results were adversely affected by the ongoing Covid-19 pandemic.

Year to date, MyNews shares have appreciated 48% to close at 93 sen last Friday, valuing the company at RM634 million. RHB Research has a “buy” call on MyNews, with a target price of RM1.25, an upside of 34% to its Friday close.

7-Eleven Malaysia, which is controlled by tycoon Tan Sri Vincent Tan Chee Yioun, has maintained its strong foothold in the local convenience store space over the past 37 years. In June last year, the group made its foray into the retail pharmacy segment with the acquisition of Caring Pharmacy Group Bhd. As at Dec 31 last year, the group had 2,557 stores under its belt — 2,413 convenience stores and 144 pharmaceutical stores.

For its financial year ended Dec 31, 2020, the group reported a 44.9% decline in net profit to RM29.77 million, owing to the impact of the movement restrictions last year, notwithstanding a 7.5% increase in revenue to RM2.54 billion.

In an April 21 note, CGS-CIMB Research says it remains optimistic about 7-Eleven Malaysia’s efforts to improve its operating efficiencies and the profitability of its sales product mix while maintaining its store expansion drive. It also noted strong growth prospects for Caring Pharmacy. “The appointment of Jalil Rasheed as the CEO of Berjaya Corp Bhd (BCorp) has led to a rerating of BCorp-related stocks, including 7-Eleven Malaysia, which we think could be due to expectations of better synergy and value realisation among BCorp-related companies.

“While nothing concrete has been announced, we think there could be long-term synergy realisations between 7-Eleven Malaysia and other BCorp-related retail companies, including Caring Pharmacy, in areas such as procurement, logistics and rental negotiations.”

Year to date,7-Eleven Malaysia shares have appreciated 9% to RM1.48, which translates into a market capitalisation of RM1.67 billion. CGS-CIMB Research has an “add” call on 7-Eleven Malaysia, with a target price of RM1.87, indicating an upside of 26% to its close last Friday.

QL Resources, an agro-food producer involved in the manufacturing of marine products as well as integrated livestock farming(ILF), is also the Malaysian operator of the Japanese FamilyMart convenience store chain. As at March 31 last year, there were 184 FamilyMart stores in Malaysia.

In a Feb 26 note, MIDF Research said it expects QL Resources’ ILF division to improve in FY2022 compared with FY2021, premised on a recovery in consumption and economic activities, which is also expected to boost FamilyMart sales.

Year to date, QL Resources shares have climbed 4% to RM6.05 as at last Friday, for a market capitalisation of RM14.7 billion.

Home improvement retailer Mr DIY Group (M) Bhd had a total of 734 stores as at Dec 31 last year. This year, the group plans to open a further 175 stores across its three brands — MR DIY, MR TOY and MR Dollar.

In an April 15 note, AmInvestment Bank Research said it is optimistic about Mr DIY’s future earnings outlook, given its unrivalled gross profit margins of around 43%, expansion into less urban areas, quick store break-even periods of less than two years, and expected success of its multi-store format. “Also, a recovery in pandemic restrictions will improve footfall and the transaction volume of high-margin stationery and sports equipment items.”

Since its listing on Oct 26 last year, Mr DIY shares have surged 129% to close at RM3.99 last Friday, for a market capitalisation of RM25 billion. AmInvestment Bank has a “buy” call on the stock, with a fair value of RM4.48, indicating a further upside of 12% to its closing price last Friday. 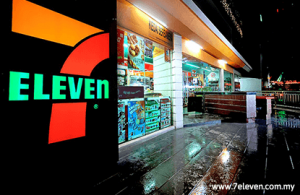