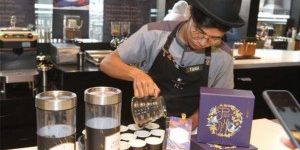 Berjaya Food Bhd could be moving forward with expansion plans even as the foot traffic continues to normalise following the resumption of dine-in operations at its outlets.

The group has demonstrated resilience in weathering the pandemic and the easing restrictions should only facilitate its roll-out of new stores, said RHB Research in a note.

The growth strategy, according to the research house, includes the opening of a further 35 to 50 Starbucks outlets in FY22, with 45% of them being drive-through outlets.

Berjaya Food has allocated a total capex of RM85-90mil in FY22 with an average capex of RM1.6-1.8mil a store, depending on the store size and concept.

In addition, the group plans to open five new Kenny Rogers Roasters stores in FY22 with an emphasis on kiosk stores. The group has been narrowing losses at the franchise, having closed down 10 loss-making stores in FY20 and breaking even in July 2020.

RHB is bullish on Berjaya Food’s earnings prospects given its previous track record of handling the operational restrictions.

To mitigate the impact of the volume shortfall caused by the SOPs and on-and-off restrictions over the past year, the group leveraged on alternative sales channels during the pandemic, with food aggregators and drive-through sales making up more than 60% of sales contributions in FY21.

The encouraging performance is attributed to effective cost controls by way of labour cost management and rebates granted, it said.

Now, with dine-in rules being relaxed, the return in foot traffic is expected to further boost sales growth.

“As it is, we gather that KRR sales were up by >60% and Starbucks by 10-15% since the relaxation of dine-in restrictions in recent weeks,” said RHB.

The research house expects that commodity prices will not impact margins in the near term given Starbucks’ high-margin business and as raw material prices are largely locked in on a contractual basis for two year.

“Our TP is raised to MYR2.50 (implying 19x FY22F P/E, +1SD from its 5-year mean) after updating our risk premium assumption to reflect the lower risk associated with prolonged dine-in restrictions – given the successful ongoing inoculation drive,” said RHB, while reiterating its “buy” call on the stock. 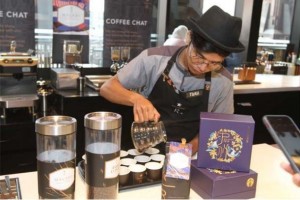