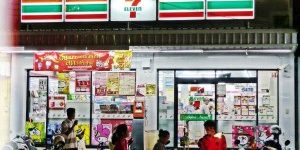 Global retailer anticipates first c-store will open in Phnom Penh in 2021. 7-Eleven Inc. has signed a master franchise agreement with CP ALL (Cambodia) Co. Ltd., an indirect subsidiary of CP ALL Public Co. Ltd., to develop and operate 7-Eleven stores in Cambodia.

The companies expect the first Cambodian 7-Eleven-branded c-store will open in Phnom Penh in 2021. The master franchisee plans to build stores, modernize the small-format environment and bring greater convenience to shoppers.

In 1988, CP ALL was established to operate 7-Eleven stores in Thailand under an exclusive licensing agreement with 7-Eleven Inc. The first Thailand 7-Eleven store opened in Bangkok in 1989, and CP ALL now operates nearly 12,000 stores in the country, its count second only to Japan.

Internationally popular products, beverages, snacks and immediately consumable fresh foods with recipes developed for regional tastes will be part of the convenience offerings for Cambodian shoppers, the company said.

“In the past several years, Cambodia’s economy has experienced dramatic growth, and in 2019 was projected to become the fastest-growing economy in the Association of Southeast Asian Nations (ASEAN). CP ALL has done a tremendous job growing the 7-Eleven brand in Thailand, and I can think of no one better to bring our brand of convenience to consumers in Cambodia,” said 7-Eleven President and CEO Joe DePinto. “This relationship also promises to bring additional jobs and economic opportunities throughout Cambodia.”

CP ALL has successfully operated 7-Eleven stores in Thailand for more than 30 years. The stores there serve as one-stop destinations for beverages, snacks, ready-to-eat meals, financial services such as banking and bill payment, digital technology and delivery, all of which the company plans to replicate for Cambodian customers, it said.

Based in Irving, Texas, 7-Eleven Inc. operates, franchises or licenses more than 70,000 stores in 18 countries, including more than 9,300 in the United States. 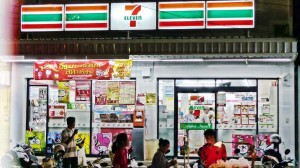